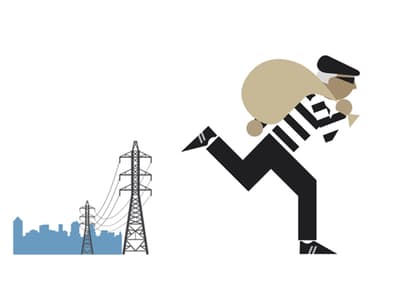 Idea:In this project we will use RADIO FREQUENCY (RF) technology to monitor theft . An electric meter is a device used for measuring the amount of electrical energy supplied to a residential or commercial building.Electric meters can be manipulated, thus causing them to bypassing the meter. Tampering with electric meter, effectively use power without paying for it.

Implementation: Electric Power is transforming from transmitter to the receiver at that time if load is apply in between transmission of power and if there is any difference in wireless reading and installed meter reading , then we can easily detect theft. LCD shows that the output based on the condition,

1) Normal condition- The two of the LED will glow and the meter displays that “meter is OK”.

2)Bypassing condition- Its shows the message that“meter is tempered” and the connection is cut.
In digital data user cant change value.

An SMS will be send from the Linkit one device to the authorized user regarding the meter tampering.