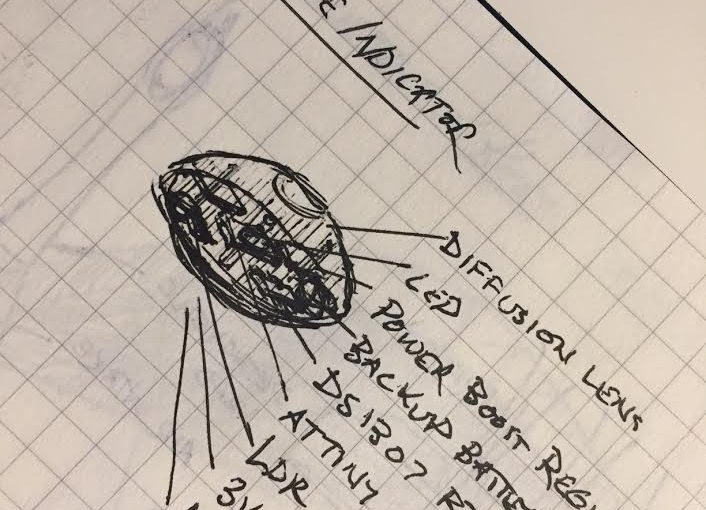 Time of Use (TOU) Electricity Pricing is being implemented across many Hydro utilities worldwide. The practice offers consumers a chance to save money by using their devices during non-peak periods. The TOU Indicator is an ambient device that operates by sensing light changes in the environment to trigger the notification LED. The LED illuminates based on the TOU period, then fades away letting the observer continue with their task. The device would likely live in proximity to washing machines, driers, dishwashers or other high power consumption devices. This passive notification could trigger a behavioural change causing the observer to shift their laundry period to an Off-Peak TOU period. This in turn, saves money and environmental pressures.

The circuit consists of a micro controller, clock, RGB LED, light resistor, and an ultra capacitor. To program the device for the correct time of day, holidays, and TOU periods the device would be held up to a mobile or desktop computer which would flash a pixel allowing for binary data to be transmitted. To charge the device, a wireless charger would be used to store power in the ultra capacitor bank. The power bank would allow for rapid charging, and with the micro controller in low power mode, the device could remain powered for a month before a recharge is required.