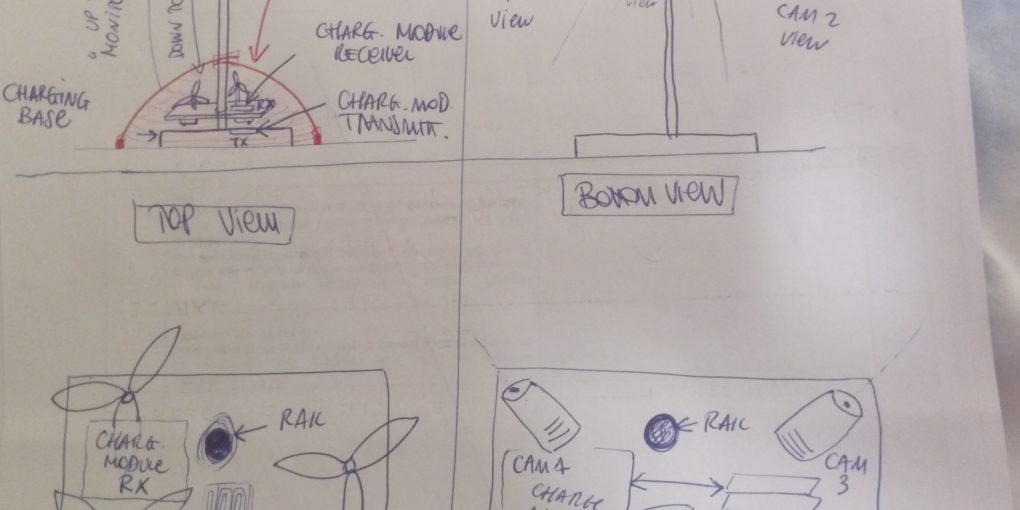 The aim is to build a top-view surveillance station by a charging base and a drone-on-rail.

At the beginning, the drone is in the “rest” state, laying on the base, recharging itself. Eventually, the drone can start flying up to the top of the vertical rail. Once at the top, an electromagnet hooks the drone and the propellers can stop rotating. The drone, now at the “monitor” state, is equipped with 3 cameras, a fishino board to stream the 360° video over wifi and few sensors:

Last but not least, in case of missing power supply on the electromagnet, it uses the propellers to keep the position and eventually flies down if the lack lasts for a long time.

[ More: depending on the budget, it can also be developed totally water-proof, thanks to the wifi charging module. This semplifies/removes the need of a cap for the rain ] 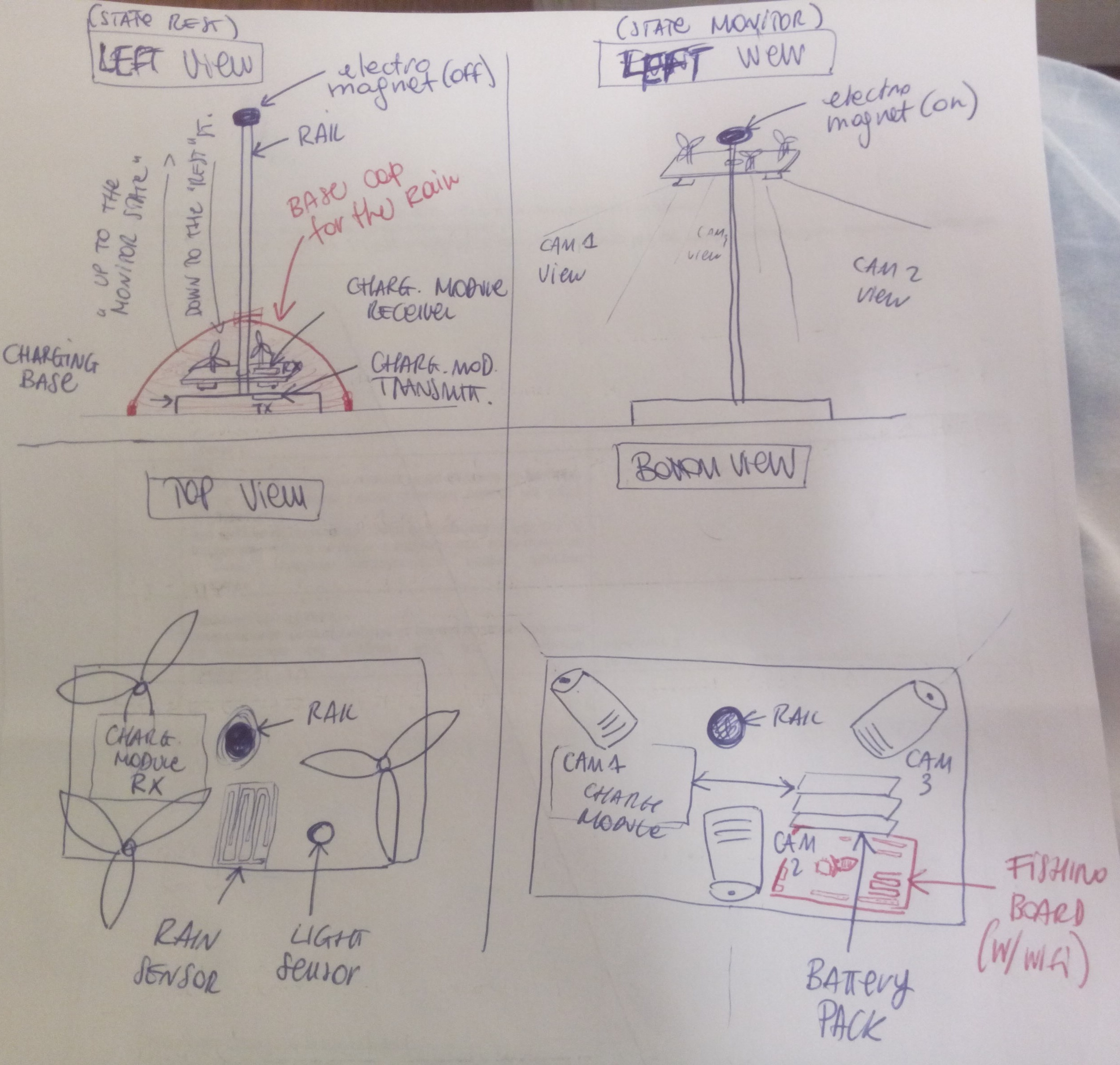