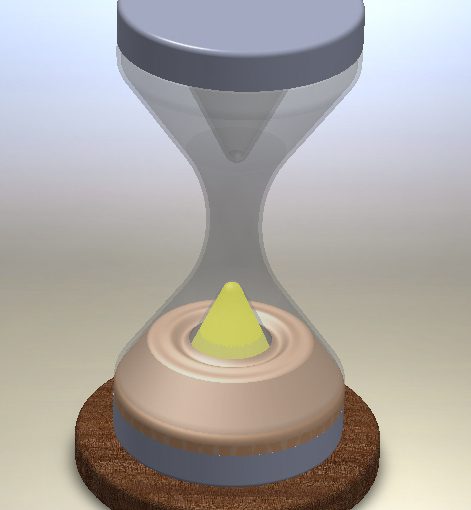 Clessidra is a table lamp, inspired on “Nigh Night” light, with integrated a wireless power module, an RGB LED light and a capacitive touch controller.

The lamp, which has an hourglass shape, lights on when is overturned and placed over its base which integrates the wireless transmitter. On both sides of the hourglass are integrated the wireless receivers, the RGB LEDs and their controller. As the sand falls down, it start to naturally dim the light until it cover completely the bulb after about 20 minutes. The micro controller is programmed to switch off the lights after this time. The lamp also integrates a capacitive touch controller on both sides for light color control. A boost DC//DC converter plus a linear current regulator are used to drive the current on RGB LEDs. The PWM signal for the current regulator is given by the micro controller. 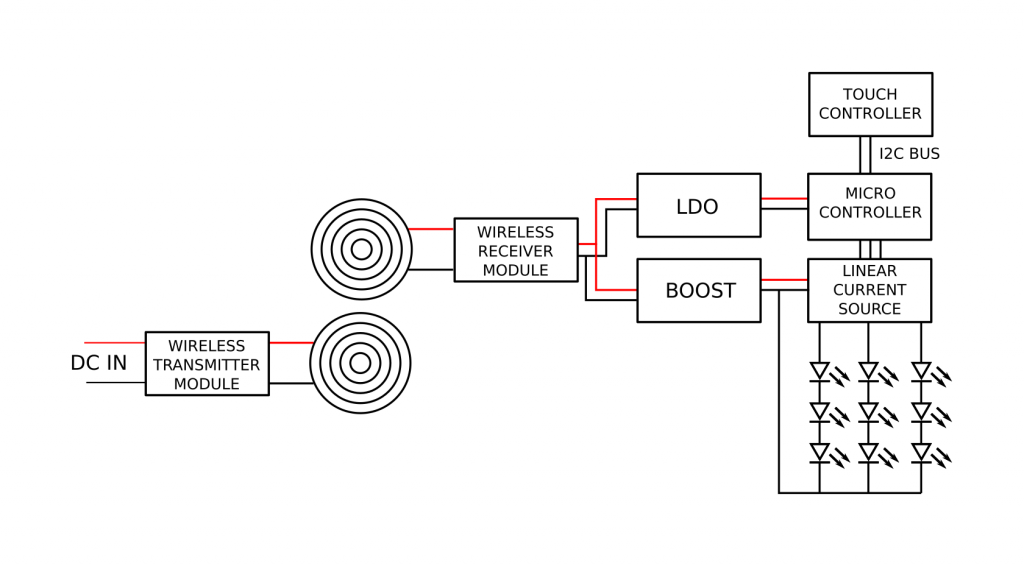