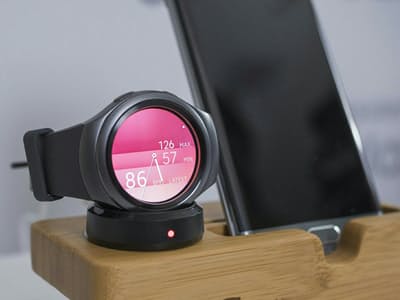 Wearables are all the rage now. Whether it be Arduino or other companies, more and more of them are targeting this industry, leading to development in this field. Inspite of that, wearables, which are intended to be used on a daily basis, feel as if they are from a bygone age.

For example, take a dress with the Arduino Lilypad or Adafruit’s FLORA. What is the use of a dress which you have to plug in to charge at the end of the day, and they all say that its ‘smart’? Suppose you could just remove it at night and place it on a clothes hanger and forget about it, and when you wear it the next day, you will find it fully charged, so ultimately it acts as a true ‘wearable’ while being ‘smart’.

Because we use a LOT of devices nowdays which would have been better off with wireless charging such as wearables, smartphones, smartwatches, headphones, laptops, TV remote controllers and even game controllers, I want to create a ‘hub’ where all of the above stated devices can be charged wirelessly and also make it look beautiful and efficient to be used on a daily basis.

I will be using the 5W Transmitter and Receiver Prototype Kit and a MCU. Most devices nowdays have a wireless charging receiver already implemented in them, such as smartwatches and smartphones, but headphones and game and TV remote controllers have yet to benefit from this technology, so wireless receivers will be used for those. For the headphones, an ergonomic design for the wireless receiver will ensure its practicality and a stand will allow ease of placing and initializing wireless charging. Game and TV controllers will also need wireless receivers, but will need to be designed in an ergonomic way as these devices need to feel as comfortable as possible when held by the user in his hands. Therefore, these will be separately designed for each item. For wearables (clothing), a different approach needs to be taken. The clothing will have neodymium magnets, which are arranged around the wireless receivers coil. In this way, when the clothing is put on a hanger and placed on its stand, the magnets automatically ‘dock’ the clothing and allign them to the wireless transmitter, keeping it charged. For wearables with more delicate and intricate designs and cloth, electromagnets can be used, which will be set up to automatically release the clothing from the wireless charger by powering off the electromagnets when it is fully charged.

An Arduino or similar board will also be used to give the project more functionality; a notification display or something else.

Indicator LEDs will be present with each system to show that the device for that transmitter is successfully ‘docked’ and charging.

So the ‘hub’ actually is piece of furniture, like a cupboard and a table together which has all the wireless transmitters integrated for the users ease.

Also, the photo above is just a placeholder; If I get the wireless kits, then I will design and use another one for it.

Hopefully you have understood what I mean by this, but the main thing in this idea is that your imagination itself is the limit to the devices you can wirelessly charge using this concept!

What software and hardware will you use?:
Hardware:
Receiver and Transmitter kits
Arduino or similar microcontroller board

Software:
Arduino IDE to program the Arduino board
Graphic designing software, such as Autodesk 3ds Max or similar, to design the Qi Wireless ‘hub’